Hi all, Eishi here! How’s your week going so far?

The one-eyed ornament on my rakugo cushion above is called a daruma.

The word “daruma” is from a Sanskrit word dharma, which means the “cosmic law and order” as revealed by the Buddha.

It’s said that this Japanese lucky charm was inspired by the famous Shaolin monk, Bodhidharma, who is often regarded as the founder of Chan Buddhism in China.

I don’t know if it’s true, but a legend goes that Bodhidharma pursued zen until his limbs rotted- this is why daruma ornaments don’t have their limbs.

Daruma is often seen as an incarnation of tenacity, and it is associated with a Japanese saying “Nanakorobi Yaoki” (七転び八起き ななころびやおき ), which means “Fall down seven times, get up eight.”

Because of this origin, it is often used to make a wish in Japan.

“Making a wish” might sound a bit light, so it is more like setting a goal that you really want to accomplish and ask something beyond our understanding for a guidance.

Step 1: Enter daruma’s LEFT eye as you make a wish.

Step 4: Return daruma to a temple/ shrine to be consecrated and burned.

* It is recommended to be returned at the end of the year whether you have accomplished your goal or not.

So… I brought my daruma to New Zealand about a decade ago.

My goal was quite vague, but it was to stand at the starting line as a performer.

Though I have performed on many, many stages, I didn’t feel like I was quite there yet (Japanese stoicism speaking).

But when the lockdown started, I suddenly felt like I was finally ready to start the race.

I think I am ready.

So I finally filled my drauma’s right eye.

I am just about to begin the new chapter of my life as a performer! 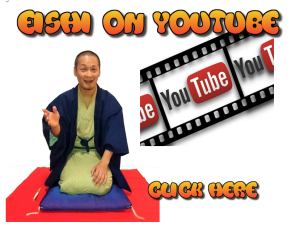